A 54-year-old Caucasian male (CM) is admitted to the hospital with a chief complaint (CC) of shortness of breath (SOB) for one week. He also c/o dry cough and episodic chest pain. The rest of the history is difficult to elicit because the patient has mental retardation and he is legally blind.

COPD
ACS
Bronchitis
And, of course, in every smoker with lung symptoms, lung cancer is among the differentials.

What laboratory tests would you suggest?

CBCD, CMP
CPP x 2 q 8 hr (he has chest pain after all)
EKG
CXR - and there was the surprise - a RML lung mass.
You know that the first questions is "Is that new?", so we checked the previous CXR done 2 years ago.

CXR during this admission shows a new 4.7 cm RML mass which is cancer until proven otherwise. Close-up of the mass. CXR report (click to enlarge the images).

The next step, after the mass was diagnosed on the CXR, is to order a CT scan, and then to obtain a tissue diagnosis, e.g. to perform a biopsy.

CT of the chest (click to enlarge the image).

Findings: Margining the right anterior pleural surface in the RML there is a 4.3 cm soft tissue mass that represents neoplasm until proven otherwise. The adjacent ribs appear intact. There is cardiomegaly. A pacemaker is noted. There is opacification of numerous venous collaterals in the right chest wall. There is no mediastinal or hilar adenopathy.

Lung windows show signs of COPD. There is subpleural scarring in the left lung base and lingula. Except for the pleural based mass in the RML no other lesions are detected.

1. 4.3 cm pleural based right middle lobe mass represents neoplasm until proven otherwise.
2. Mild COPD with slight parenchymal scarring
3. Cardiomegaly
4. Pacemaker
5. This report was faxed to the ordering physician at the time of dictation in addition to the standard method of sending the report.

The patient's symptoms improved with aerosols and oral prednisone and he was discharged to his caregiver's home. He is scheduled to come back for an outpatient transthoracic biopsy.

CT scan of the abdomen and head were negative for any metastases.

RML mass, likely due to lung cancer. Biopsy to be done. 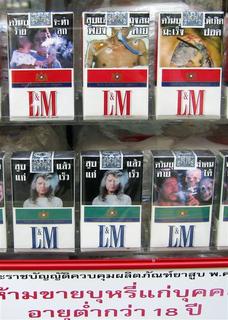